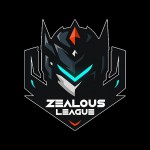 To participate in this event, all team captains must join the following Discord channel: https://discord.gg/tkfvux3 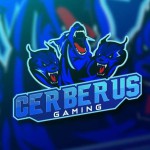 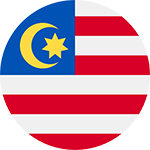 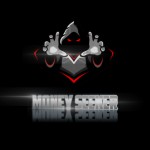 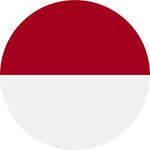 3. Disconnections
In the case of players having disconnections, games should be paused by using /pause command. Waiting penalties (a) After 7 minutes: Team that requested for pause will confirm with Marshalls whether to bring in the substitute player to take over the disconnected player. Same champion picks and summoner spells must be used for the restarted game. (b) After 15 minutes: Decision will be made by the referee. The referee will only make a judgement in the following situation: (1) To all players due to an issue with the server. The team with the most inhibitors up will be declared the winner. (2) Within 2 minutes from the start of the match & before first blood, if they are unable to reconnect (3) Selection Error. In the event of an erroneously-selected Champion Pick/Ban, the team in error must notify the referee before the other team has locked in their next selection. If so, the champion select process will be restarted and brought back to the point where the error occured so that the team that made the error can correct their mistake. If the next selection is locked in before the team informs the referee, the team will have to play on with the erroneously-selected Champion. The event in which a player does not own the Champion that the team wishes to draft and locks in a substitute champion is NOT considered a selection error and teams will not be allowed to remake the game.
Judgment may include, (a) restarting the game or (b) awarding the game to one of the teams.
(a) Restarting the game Both teams should have the same champions they picked and banned previously, as well as Summoner spells, unless there is a case where a bug occured during the champion select phase that led to a situation where players were unable to change their Summoner spell.
Rules and Regulations
Rules and Regulations

4. If any players were to encounter any in-game issues, please use the /pause command and proceed to the Garena talk channel to communicate your problems to the marshals. Players are not allowed to restart the game until the marshal has given permission to do so.
(b) Awarded Game Victory In the event of a technical difficulty which requires the referee to declare a restart, the referee may instead award a game victory to a team. If a game has been played for more than 20 minutes on the game clock (00:20:00), the referee, in their sole discretion, may determine that a team cannot avoid defeat to a degree of reasonable certainty. The following criteria may be used in the determination of reasonable certainty. (1) Gold Differential. The difference in gold between the teams is more than 33% (2) Remaining Turret Differential. The difference in the number of remaining turrets between the teams is more than seven. (3) Remaining Inhibitor Differential. The difference in the number of standing inhibitors between the teams is more than two.

5. “Unnecessary chatting” means any chatting other than the cases listed below: (a) Greeting messages between the players (b) Any message to highlight game errors or bugs

6. Game pauses Teams may only pause the game if: (1) There is a major issue to solve. (2) When the game is paused, the opposing team must be notified for the reasons of the pause (3) There should be no communication among players while the game is paused. Only the player who is experiencing technical difficulties should be talking and only to the referee. (4) Please ask the opponents if they are ready before resuming the game. You can resume the game once the opponent has given the approval to resume.
Rules and Regulations

7. Unfair play
The following actions will be considered unfair play: (1) The use of any cheat program and/or map hack program. (2) An intentional disconnection (3) The use of any settings exceeding the standard and permitted settings (4) Clearly allowing an opponent to win a match. (5) Unsportsmanlike behavior or, in general, disruptive (e.g. shouting), inappropriate and/or unprofessional actions directed towards another player (even inside the game). (6) The use of a program bug that is determined by the board of referees as being unfair. (7) During the course of the event, the board of referees may determine other actions to embody unfair play. (8) False declaration of surrendering (e.g. typing gg/it’s over). (9) Any “unnecessary chatting” during the match

8. If a Marshall decides that external conditions (Press, Team Leader, Player, Spectator, etc) are giving or have given an unfair advantage to a team, the team may be given a warning or lose by default at the referee's sole discretion.

9. Teams that want to report their opponents for unfair play should do so during or immediately after the game to their game Marshall.
Upon discovery of any player committing any violations regarded as unfair play, the offending player, at the sole discretion of the board of referees, may receive a warning, a forfeit loss or, in extreme cases, be disqualified from the tournament.

10. Teams that require urgent pauses for toilet or phone calls may do so but with a 2nd Marshall accompanying them. This is to ensure no unfair play is done. If it is deemed a tactical pause, game will resume only if the opponent team wants to force the un pause to happen. In this complicated scenario, 2 Marshalls and a assistant will decide punishment.

New Champion Qiyana would not be in play for this tournament